With a new Eurovision winner, a new bidding war in the hosting country is about to begin. Immediately after Måneskin won the contest with their entry ”Zitti e buoni”, the battle between several Italian cities has commenced. In this article, we’ll give you some insights on one of the contenders, Rome. We’ll tell you a bit more about the city, sights and some hotspots you must see. We’ve added some fun facts, so you can show off your historical knowledge of Rome to your Eurovision friends. Let’s take a look at a few of the showstoppers Rome has to offer!

Rome is the capital of Italy and the biggest city in the country. It is no surprise we all think of Rome to host the Eurovision Song Contest 2022. Rome wasn’t built in a day and it shows. With a rich history going back 2700 years, the metropolis is a true gem for history buffs.

Obviously, the most popular sight in Rome is the Amphitheatrum Flavium, better known as the Colosseum. It was built in the 1st century AD and it was the largest amphitheatre in the Roman Empire. The Colosseum was entirely intended for the games, organized and financed by the reigning emperor. There were gladiatorial fights and the most amazing spectacles, like fights between elephants.

After Christianity was made the state religion, the gladiator fights were abolished. The Colosseum was used for other performances. An example is the venationes, where wild animals were hunted. Historians estimate that between 300,000 and 500,000 people have died in the Colosseum over the centuries. The sight, also World Heritage property, is nowhere near the same size it used to be, but it’s still a must-see when visiting Rome.

Trastevere is a very cozy and medieval district in Rome. It’s perfect if you feel like you need a break from the business in the city centre of Rome. It’s located across the river, only a short drive from the archeological monuments. This district has beautiful, cobbled streets and is filled with small restaurants. It’s not as lively during the evenings as it is in the afternoons, so we recommend a late lunch. This area of the city is also known to be called ‘the real Roman neighbourhood’. So if you want to get the full ‘Roman’ experience, definitely pay Trastevere a visit.

The Trevi Fountain is the biggest fountain Rome has to offer. The origins of this sight date back to the year 19 B.C. The fountain as we know it today, is the end product of the reconstructions back in 1762. The name Trevi stems from Tre Vie (three ways), since the fountain was the meeting point of three streets.

You’ll always see people throwing coins over their shoulders. And haven’t we all seen Lizzie McGuire, The Movie? We all want some handsome Italian to wish for us to show up for a romantic night in the most romantic city in Italy. This myth finds its roots in the movie ”Three coins in the fountain”, released in 1954. According to legend, tossing one coin into the Trevi Fountain means you’ll return to The Eternal City, tossing two coins means you’ll return and fall in love, and tossing three coins means you’ll return, find love, and marry. This’ll only work if you throw the coin (or coins, whichever you prefer) with your right hand over your left shoulder.

Every year more than a million euros worth of coins are taken out of the water. Since 2007, the money extracted is used to support good causes. The numbers are impressive. We must warn you, though. Taking money from the fountain is a crime, resulting in a fine around €600,00 ($700). It’s no joke.

Since the Eurovision has a large LGBTQI+ representation, we are very glad to tell you that Rome is very friendly to all. A little research shows us that people from the LGBTQI+ community have some great experiences traveling to Rome. Italian people are out and proud! If you are looking for a more designated area, you can visit Gay street di Roma. This area has a shopping mall and bar in the center of the city on Via San Giovanni in Laterano, a street leading to the east of the Colosseum.

The only place we’d advice you to avoid staying, is near Termini station, in the Esquilino district. If you’d like some more information, please check out wolffy‘s blog about their traveling experience in Rome.

Vatican City, officially known as Vatical City State (Stato della Città del Vaticano), is an independent city state and district located within Rome. The Vatican became independent from Italy in 1929. It is a distinct territory under ”full owndership, exclusive dominion, and sovereign authority and juristiction” of the Holy See. The Holy See itself is a sovereign entity of international law, which maintaint the city state’s temporal, diplomatic and spiritual independence, ruled by the pope. With only 825 inhabitants, it’s the smallest state in the world.

That was a lot of historical information. Most of all, The Vatican is a beautiful place and you can’t miss this if you come to Rome. The architecture of the St. Peters Basilisk is gorgeous, inside and out. Inside the Basilisk, you can take a look almost everywhere. Are you interested in taking a deep dive into the Catholic history? You can head down to the basement. This is basically a catacomb, but bigger, shows the memorials of all the popes, saints and kings and queens that have reigned throughout the years.

The best way to see Rome

We all know, if you come to Rome in May 2022, it’ll be to witness another edition of The Eurovision Song Contest. And we know what that week (or weeks, depending on how long you’re planning on staying) looks like. There are a lot of late nights, parties and you most likely have tickets to see (a lot of) shows. From experience we can tell that you won’t really have all that much time to visit the beautiful sights the hosting city has to offer. Which is kind of a shame, right?

We might have the solution for you. It requires a little bit of planning, though. If you are interested in visiting some sights, but can’t be bothered to wait in line with all the other many tourists, there are a lot of websites available where you can book ahead. This means you can skip the waiting lines and most likely the websites will also advise what time of and what day to visit. Just make sure you double check, so you don’t get scammed. Tripadvisor can help you out in that department. 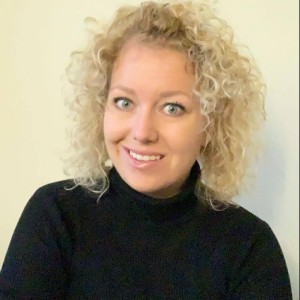